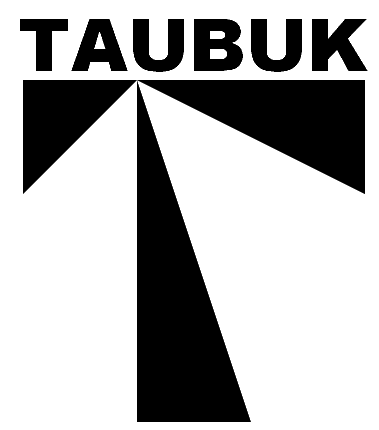 "In one truth you will believe; that life you have, and life you live."

The born of the samizdat publishing company Taubuk is dated precisely to a year about 2010 ± 2 hours. It was founded by Tomáš Taufer, so he could give a real shape to his later works in a form of samizdat originals, in pieces up to one book. There was really no idea about some formal publishing at that time; in fact, there wasn’t much to publish at all.

At the beginning it was all just a joke and experiment together to amateurish professionalism of imitation of actual books, which was a success by improving production processes. Thus more original originals were born, which were only borrowed to a neighbourhood.

Before the official foundation of samizdat, there were to book already written. The first, And death shall have no dominion, was merely an experiment, which did not turn out well. But when it was transformed into a hard copy, in a shape reminiscent that of a book, there was that happy Frankenstein’s exclamation: ‘It’s alive!’. While writing the first book, the idea for a second plot came up, so the second book, Entopolagurace, was worn thereafter, which was very progressive for it had a coloured cover and pictures inside.

With the desire to continue the writing, the Merikula, novel emerged, which was the first work solely published under the banner of newly created samizdat. But right before that time, two other works from different authors were published. Collected poems by Jana Ručková, it is a collection of about 70 poems. And £The Price of Decision by Ivan Burda, which is a collection of his three short stories. In which the Pokoj č. 312 short story is an exceptional piece.


In a year 2016 – long after ‘the end of the world’ – Taubuk comes with its new identity, new digital effects, even bigger explosions, and newly, again as the first, it comes with neon style of font for reading in the dark.

In July of the same year the Taubuk has shook its hand with publisher Nová Forma, with whom it cooperates on official publishing of Taubuk's work.

Association of writers An Empty Pen

"You've been waiting for this!"

"It has the only flaw. That we don't publish it."